In the case when physical activity does not reach the stimulation threshold, practically no adaptation changes occur in the body. If the threshold is surpassed, then the reactions occurring in the body of an athlete, will cause an appropriate adaptation restructuring of systems and organs. All this allows you to continue to perform the same and similar work with a much greater effect. The result of interval training is an increase in cardiac performance, which results in an increase in the minute volume of blood. The athlete’s heart is characterized by muscle hypertrophy: an increase in muscle mass and strength. Thanks to special studies, this effect is currently viewed as a valuable adaptation to increased physical exertion. When examining the various components of interval training, it was found that the training effect is achieved during a pause. This discovery made it possible to formulate the so-called “pulse rate rule”: during interval training, optimal stimulation is achieved if the pulse rate reaches 180 beats per minute by the end of the exercise, and the rest pause to 120 beats per minute. To improve the circulatory performance of the heart, an interval training form is proposed, which is characterized by the following values ​​of physical activity parameters: exercise intensity – from 80 to 90 percent of maximum zhnoy (pulse at the end of exercise should not exceed 180 beats per minute); the duration of the exercise – from 30 seconds to 3 minutes; rest intervals – from 30 s to 1.5 min; The total number of repetitions is 10 or more (depending on the athlete’s fitness level and the training stage). The work can be done in two modifications: either in the form of continuously following repetitions throughout the planned volume, or in the form of series composed of 5 … 6 repetitions and separated by intervals of rest, lasting 3 … 6 min. Periods of rest can be used either for light exercises or directly for passive rest, which makes it possible to achieve full or partial recovery. It should be borne in mind that the two methods of developing endurance – even and interval – are not equivalent and can be used; only in a certain combination. Interval training is much sharper in its effects on the athlete’s body than a long run at a uniform pace. It can be used with a certain amount of endurance. Only in this case, the interval method will be effective. Rapid interval training in a large volume and without prior preparation in a long training session leads to the development of a heart with a thick muscular wall and relatively small! cavity. Such a heart has a high contractile ability, but a small stroke volume. Therefore, it is very important to develop the size of the heart cavity through long Muscle Building Natural Bodybuilding – Fingal Dublin work and only then proceed to a workout that combines this work with intensive – interval training – to further nandrolone decanoate injection strengthen the heart. An important factor in training to develop endurance is comprehensive physical training. Special studies have shown that general endurance develops much better when using different physical training means, often not directly aimed at developing endurance. The fact is that in order to maintain a steady state for a long time with a high intensity of work, mobilization of almost all organs and body systems is necessary. Speed-strength exercises contribute to an increase in the functional capabilities of the body. With typical endurance exercises, this process is slower and worse.

Requirements for physical training arrow Training and participation in competitions in shooting sports impose exceptionally high and versatile requirements for physical fitness of an athlete. In shooting, like in other sports, an athlete is exposed to great physical and mental stress both during training sessions and directly at competitions. For example, the standardist shooter, who performs in the exercise of CF-6, participates in a competition that lasts about 5 hours. During this time, the athlete repeatedly raises a rifle weighing 7 … 8 kg. The total load is more than 3 tons and causes significant energy costs. The shooter loses weight up to 3 … 4 kg, depending on the climatic and weather conditions and the intensity of the competition. Lifting and keeping the weapon in a ready position, especially when shooting standing and from the knee, require the athlete to have a high level of strength and endurance to static effort. According to the webdav.pct observations made by A.A. Yuriev for shooting standing with an arbitrary rifle Honored Master of Sports Bogdanov, keeping the rifle on the weight for a total of 74 minutes. Shooting is associated with breath-holding while squatting and firing. When executing the exercise “Standard 3X40”, for example, the duration of a breath hold reaches a total of 50 … … 75 minutes. This places special demands on the cardiovascular and respiratory systems. In addition, the athlete-shooter is experiencing per day up to 100 … 150 micro shocks of the body caused by the recoil of a weapon when fired. Great demands are placed on the nervous system of the shooter. Bullet shooting can be attributed to highly emotional sports, because in the pre-start and during the competition athletes are subject to strong emotional impact and experience significant mental stress. Physical training should prevent negative effects on the body of the shooter of various kinds of adverse effects associated with the process of specialization. A good physical condition of the shooter can significantly reduce the excitement that arises during the competitions, since an interrelation between the athlete’s physical readiness and self-confidence has been established. Interesting work on studying the relationship between physical fitness level and results in shooting was performed by Polish experts. 103 Arrow of high qualification from the age of 15 to 19 years. 47.6 percent of subjects are arrows from a pistol, 52.4 percent are arrows from a long-barreled weapon. The level of physical Testosterone buy pills to increase testosterone » Generations Welding & Contracting, LLC fitness was determined using tests and control exercises. The analysis of the obtained data allowed to conclude about the positive effect of physical fitness on the level of results in shooting. Purposeful physical training is designed to provide, with equal technical indicators, the advantage of those athletes who are absolutely healthy, physically harmoniously developed, possess considerable endurance and strength.

– mental (associated with the intense nature of thought processes);

– emotional (as a result of intense emotional experiences);

– physical (fatigue caused by prolonged muscle tension). In shooting sports, all of these types of fatigue are observed. Motive activity of the person has various character. It depends on the intensity, size, nature of the effort and the duration of muscle tension. In this regard, it is considered appropriate to distinguish different types of endurance. The physiologist recommends the following five types of endurance:

– General endurance, as the ability to perform dynamic work of moderate power, including the functioning of the entire muscular system;

– versatility endurance. The last form of endurance is defined as the ability of a person to perform work for a long time, associated with the need to quickly switch from" one type and nature of motor activity on the other.

Ya. V. Gachechiladze, V. A. Orlov, Candidates of Pedagogical Sciences

Can Sex Affect Your Bodybuilding Gains?

Tips arrow on the trench stand 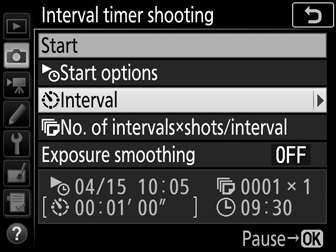 Gushchin A. – "Shooting in competitions, or How to make the last shot"

Theory of shooting from a small-caliber match pistol

How to choose a gun for hunting: tips, advice, rules

Long-term use of anabolic steroids damages the heart — Daily Mail